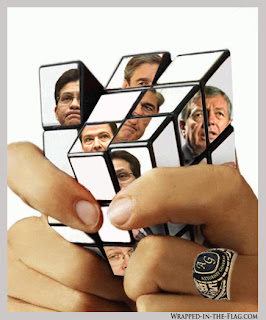 A piece at Media Matters on MSNBC’s Chris Matthews reminds me of a subject often acknowledged too seldomly among bloggers themselves. Namely, those who believe the only key difference between Democrat vs. Republican-leaning bloggers is party affiliation are not only politically naïve; they also may not appreciate how skewed the additional differences can color (in more shades than red, blue, and purple) what gets posted.

Obviously, there are no hard and fast rules that apply here and that just about everywhere, you’ll find exceptions to any simplistic generalization I’ll post here or you read elsewhere. Still, understand that my information is mined from years of communications with fellow bloggers of all political stripes (or completely stripe-less) and professional experience with online media that dates back to before most of you ever knew the Internet exists. Data here also comes from general publishing and marketing studies, and from statistics and anecdotal evidence compiled by others I respect and/or have a good track record of accuracy including professional news services.
With this said typed – and my very vocal caveat that this information is not an exhaustive, scientific analysis and may be subject to error - here’s a short list of some of the most interesting of the red vs. blue blogger differences:

There’s more, but I’m trying to share major points rather than summarize “War and Peace.” ::uh-hum::
[Feel free to share your own observations/comments, etc. here (as a left-leaner, I'm not just statistically more likely to invite feedback, I actually encourage it).]